I know I'm supposed to be studying for finals,
but whatever.
This is more important.

5 minutes ago in my newsfeeds on Facebook,
one of my really old friends from elementary school posted a heart-felt message on the wall of his best-friend-since-birth's wall.
I knew both of them too, and was friends with them, but haven't talked to them since 5th grade.

I went to look on his wall, and I saw countless messages.
Every so often a friend would write to him,
telling him how they're doing.
It was the most moving thing I'd ever seen.
I read a few of the messages.
A lot of them had to do with his friends telling him about things they did in honor of him.
Like starting a Jazz band at school, because he'd always loved jazz and was so disappointed that there wasn't a group for it at school.
The one that really moved me was where his friend said:

"I just thought I should let you know how I'm doing with the decision you helped me make.. its one of the best decisions I've made in my life. By next year, I'll probably be the happiest kid in my school because of this decision. I hope you're doing well. Thanks again for everything!"

I got instant chills and started crying.
I find it amazing how much of an impact he had on this person.
It's stupefying. I sincerely hope that when I die,
I had made a great impression on someone, such as his impression on his friend.
I didn't think things like that happened in real life.

I don't really know what to say right now.
I'm still awestruck from it all.
Beautiful. The only way I can describe it. 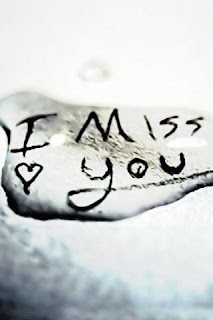 ЯebeccA
Los Angeles, California, United States
I was born by the name Rebecca, but I prefer Norris; Chuck Norris. I've been alive for 17 years (or in the eyes of my alter ego, the world came to creation October 6th - seventeen years ago). I enjoy eating mini M&Ms. My most favorite beverage is water.